HomeCurrent Affairs Mr. Trump, You Are Fired, But…

Mr. Trump, You Are Fired, But… 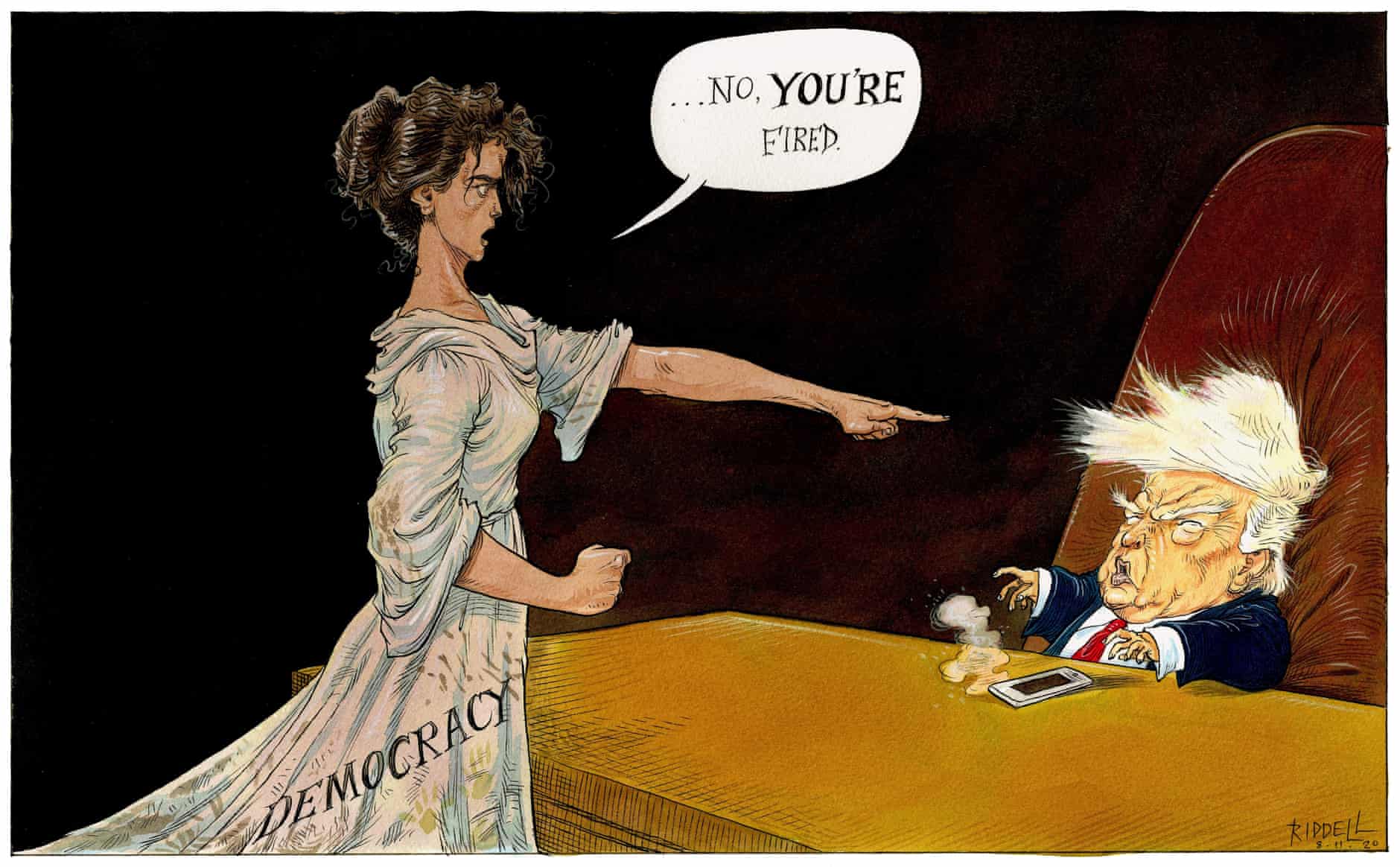 Someone is getting fired today. The tables have turned on the former reality star show, Donald Trump, renowned for his ruthless quote “You are fired!” to the people participating in the Trump’s 2004 reality television series, The Apprentice. Those fired people, including most of their fellow Americans fire back with a clear: You Are Fired, Donald Trump! Without the Mr. part. The world has never seen such disrespect and disdain for own president, apart from autocratic countries.

No surprise there for the metaphysicists, who are familiar with the universal law of reciprocity: what you do unto others, it will be done unto you. Some would say that Trump got hired only to get fired. Suggesting that the universal laws (rather than people) determine the winner(s) and that free will is an illusion. The universal laws are regulated in a manner that some cultures call karma, while others call it the law of sowing and reaping. Trump needed to get hired to be fired on a large scale. The public shaming, which Trump has done through The Apprentice, Twitter and other channels is now due on a massive scale, for the whole world to witness his fall from grace. Whoever breaks the Golden rule, must face the consequences. No one is above it, including a president of USA.

When someone gets fired, there is no reason to rejoice. If a favorite candidate wins the spot, we can surely rejoice, but that doesn’t mean that we should extend this joy to the fact that for this to happen, someone else had to lose. If we have learned anything from all this, it is the fact that the universal laws are righteous, as everyone reap, what they sowed, without exclusion. This means, if you are claiming to fire someone, you will reap the same. And if you are rejoicing for someone being fired, the same will happen to you.

The point is, from a perspective of humanity as a whole, from a humane perspective, it is low and inhumane to punch those who fail. This way, you go down on their level. It is much more noble and humane to help such individuals who lost or failed. This way, whenever you will face some loss or failure in life, people will not punch you but help you, too. Think about that.

The conspiracy theory of the electoral system that Trump is putting out as part of loser talk can only be taken seriously by those who are inclined to conspiracy theories, which are the people who voted for him in 2016 and secured him that election. Conspiracy theories have never ever brought anything good or positive, but only negativities such as hatred, aggression, deaths and such. The folk has every right to question the integrity of the electoral system but in a civil manner. Fake evidences, presumptions, loser talk and such have no place in court.

In conclusion, let’s all be civil about the events that are taking place in the USA and the whole world. Let’s not celebrate people being fired, but people being hired. And whenever someone gets fired, let’s have compassion for them and let’s try to help them. Let’s not go down on their level but face it with virtues of love, compassion, peace and such, through virtufication, as taught by virtuology.